Adam Lee is a freelance photographer and public engagement photographer based in Liverpool. Since completing a photography course at the Liverpool Community College in 2006 Adam has gone on to build a career as documentary photographer. His personal work centres on personal spaces and the relationship between possessions and identity. With this work he seeks to create still life images in which the objects featured tell stories about their owners. His project Identity Documents that explores the what books say about their owners was exhibited at the Bluecoat as part of LOOK/13: Liverpool International Photography Festival and he has also produced bespoke editions of this project for the Writing on the Wall literary festival and The Wigtown Book Festival. Identity Documents has also been featured in Royal Photographic Society Contemporary Group Journal. He has since gone on to undertake similar projects, including his current project Mix Space which explores how DJs decorate their practise spaces.

January 2017-Present
Culture Shifts
I have bee commissioned by Redeye, the Photography Gallery and Open Eye Gallery to deliver a number of stand alone workshops looking at how to facilitate photography workshops.

February 2017
Visualising Forest Fairy Tales
I have been working with author Sara Maitland to a workshop series to retell forest fairy tales in a modern context. The image from the pilot, delivered with the Wigtown Book Festival and funded by the Woodland Trust is currently on exhibition in Wigtown.

February 2016 – June 2016
Body Image
Elaine Owen and I are working with Halton CCG to deliver a large scale project with three groups of young people in Halton to look at their perspectives on body image. The project is funded by Arts Council England and Halton CCG and was exhibited in The Brindley, Runcorn in June 2016.

January 2016-March 2016
Bentilee Neighbourhood Project
I am currently commissioned by Partners in Creative Learning to deliver a project with two groups (adults and young people) to look at their perspectives of living in the Bentilee neighbourhood of Stoke-on-Trent.

May 2015 – Present
Odd Arts
I do regular work of Odd Arts delivering projects and one off photography session for a range of their clients.

July 2015-August 2015
Blackpool Street Names and Their Histories
I was commissioned by the Blackpool Museum Project to deliver a community engagement project looking into Blackpool’s history. Working with a group of adults, the project produced a series of 5 images that depicted scenes from the town’s history based on the lives of significant figures with streets named after them. The images were exhibited over two days as part of the Museum in the Making event held at the Winter Gardens.

April 2015-July 2015
Conversations about Health and Welling Being I was commissioned by the Halton Clinical Commissioning Group to look at young peoples attitudes towards health and wellbeing within the Halton borough. The project works with a group of ten secondary school pupils to create tableaux vivant images that represent their ideas around the topic.

January 2015-April 2015
Shark – Mining the Archive
This is an Arts Council England funded project working the Library of Birmingham, GRAIN the Photography Hub, the University of Birmingham and digital creative company The Swarm. The project works with two groups to create photographs in response the library’s digital archives.

December 2013-February 2014
Hands and Expression
My company Emotive Matters was commissioned by the Harris Museum and Art Gallery, Preston to deliver a photography and filmmaking project in reaction to the work of Bruce Nauman as part of Tate’s Artists’ Rooms touring exhibition. The project worked with a group of young Deaf people to explore the relationship between hands and expression.

January 2013 – June 2013
Arts in the Villages
I was commissioned by Minvera Arts to deliver the photography stream of their arts provision programme for young people in Cheshire villages.

October 2012 – June 2013
Translations
My company Emotive Matters delivered a participatory photography and mask making project with Asylum Seekers and Refugees for LOOK/13: Liverpool International Photography Festival. This project was funded by the Grants for the Arts from the Arts Council England

May 2012- December 2012
Having Our Say Too
I was commissioned by Photo Voice to plan, deliver and evaluate the Walsall group for a participatory photography project that works with victims of sexual exploitation. This work was screened in the Photographers Gallery, London in October 2013. This project was funded by Comic Relief.

June 2012- April 2013
Lookout UK
I was commissioned by Photo Voice to work with a group of young people at Z-Arts Manchester to create photographic projects that advocate for you peoples issues and rights. This project is part of Photo Voice’s national project Lookout UK. This work has also involved the delivery of oneday workshops in schools in Liverpool. The participants’ work was exhibited at FACT, Liverpool as part of LOOK/13: Liverpool International Photography Festival.

June 2012 – July 2012
Plan Your 2012
I was commissioned by Sandfield Park School in Liverpool to deliver a series of workshops to special secondary schools around Liverpool, examining the paralympic values of Inspiration, Determination, Courage and Equality.

March 2012 – May 2012
Tameside Youth Offending Team
I was commissioned to work with youth offenders in Ashton under Lyne to deliver a series of photography workshops.

February 2011 – August 2012
Halton’s Photo Voices
I was commissioned by Halton Borough Council to deliver a series of 7 participatory projects for Special Educational Needs students examining Transition. The project, entitled Halton’s Photo Voices worked with 100 young people from Widnes and Runcorn to explore their experiences of transition. The project culminated in an exhibition in July and was one of the keynote presentations and daylong workshops at the Halton Transition Conference in February 2012.

August 2011
Rights, Camera, Action
I worked on a national project for Photo Voice with a group of young disabled people in Hexam. This project was looking at the UN Convention on the Rights of the child and how this may have impacted upon young people in the UK.

July – August 2011
Brothers of Charity
I worked with The Brothers of Charity Services, Liverpool to design, deliver and evaluate a participatory photography project that documented the charity’s production of A Midsummer’s Nights Dream. Both the photography project and play worked with adults with learning disabilities and was designed to improve the inclusion of disabled people within the local community.

February to March 2011
Cheshire East Photography Project
I was commissioned by Photo Voice to deliver a four-workshop project to service users of Aiming Higher for Disabled Children in Cheshire East. The project worked with a select group of participants to document their likes and dislikes of the service they receive from the county council.

March 2010 to May 2010
Making the Change
I was commissioned by Photo Voice in conjunction with the North West S.E.N. Hub, to deliver three participatory projects as part of a North West wide project looking at transition with young disabled people.

May 2009 – October 2009
My City My World
I was commissioned by Photo Voice, in conjunction with Liverpool City Council Children’s Services, to deliver a six week participatory photography project to young people with disabilities. The project culminated in a book and exhibition at the Bluecoat, Liverpool and one of the participants went on to win the Young DaDa Visual Arts Award for DaDaFest 09.

Exhibitions
March 2015
Threshold Festival
Contrasting Geometries (Group Show)
I exhibited an image from my series Seen in a Different Light in response to the 2015 festival theme.

June 2014 - July 2014
43 Castle Street, Liverpool
Working Lives: Here and There (Group Show)
I made images for and project managed this exhibition showing the lives of working disabled people in Britain and internationally. For the UK part of the show, I worked alongside photographers Tom Wood, Colin McPherson and Ciara Leeming to produce images of disabled people in employment.

May 2014-June 2014
Fredericks, Liverpool
Identity Documents Liverpool
This was a special commission for the Writing on the Wall Festival in Liverpool where I produced a bespoke version of the Identity Documents project, showing the bookcases of the festival’s staff and board members.

May 2013-June 2013
The Bluecoat, Liverpool.
Identity Documents
Culminatory exhibition of two year still life photography project examining the relationship between possessions and identity through large format images of bookcases. This work was featured as part of the core programme of LOOK/13: Liverpool International Photography Festival.

May 2011- June 2011
The Bridewell, Liverpool
We Are Activists
Group show of documentary photography, featuring images of activists in their home. The work was made in response to the LOOK/11: Liverpool International Photography Festival theme “Is seeing believing”. This project was developed through the Redeye Lightbox programme.

Commercial Photography
My clients for commercial photography include the Guardian, The Observer, the Independent on
Sunday, Granta Books, DaDaFest, The Brothers of Charity, Earthlines Magazine, 20x20
Magazine, Pan MacMillan and Dumfries and Galloway Arts Association amongst others.

Arts Administration
LOOK: Liverpool International Photography Festival
October 2008 – Present
I am the Chair of the Board of Directors of LOOK: Liverpool International Photography Festival. LOOK works in partnership with key cultural venues across Liverpool including The Bluecoat, National Museums Liverpool, The OpenEye Gallery, Tate Liverpool, Liverpool John Moores University, The Victoria Gallery and Museum and the Camp and Furnace.
LOOK has delivered three festivals, one 2011 and one in 2013 and most recently in May 2015.
LOOK/11’s theme was “photography as a call to action” and examined documentary photography while LOOK/13 asked “who do you think you are” and examined identity and subjectivity through photography. LOOK/15 sought to expoore the theme of Exchange though the subthemes of Women and Photography, Migration and Archive and Memory. Each of the festivals were acclaimed and received widespread coverage in the national media. LOOK is funded by the Arts Council England and Liverpool City Council.
My work for the festival includes research and development; fundraising including writing finding proposals; budgeting and financial management; partnership work, including regular attendance of COoL and VAIL meetings; marketing; PR and website administration.

Redeye, the Photography Network
April 2013 – July 2015
I was contracted by Redeye to deliver their events programme. This includes network meetings, artists’ talks, symposia, workshops, master classes, conferences and professional development sessions. I am responsible for all aspects of event delivery, including, development, marketing, budgeting, delivery, AV and evaluation.
October 2008-April 2013
I worked on a voluntary basis to plan, host and deliver Redeye’s Liverpool Network meetings. 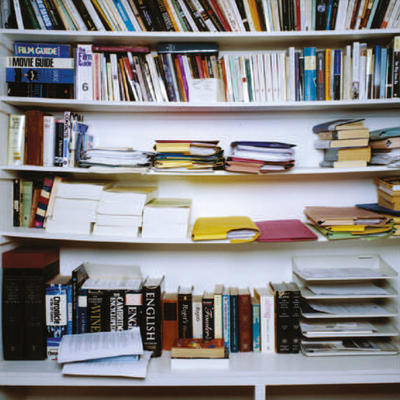 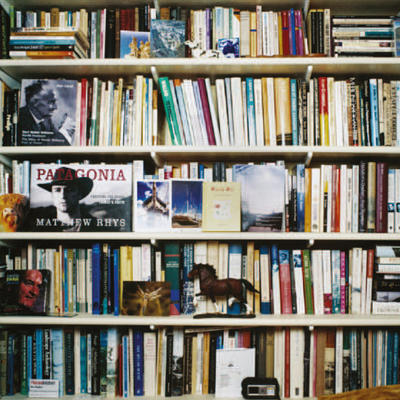 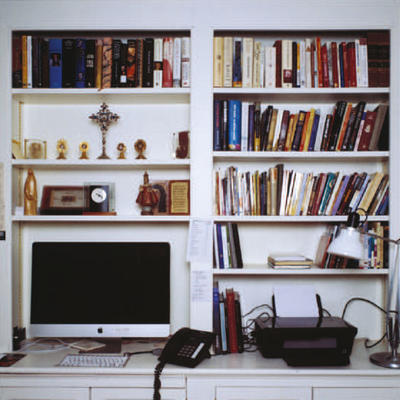 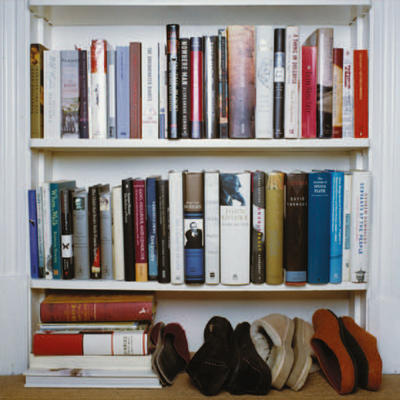