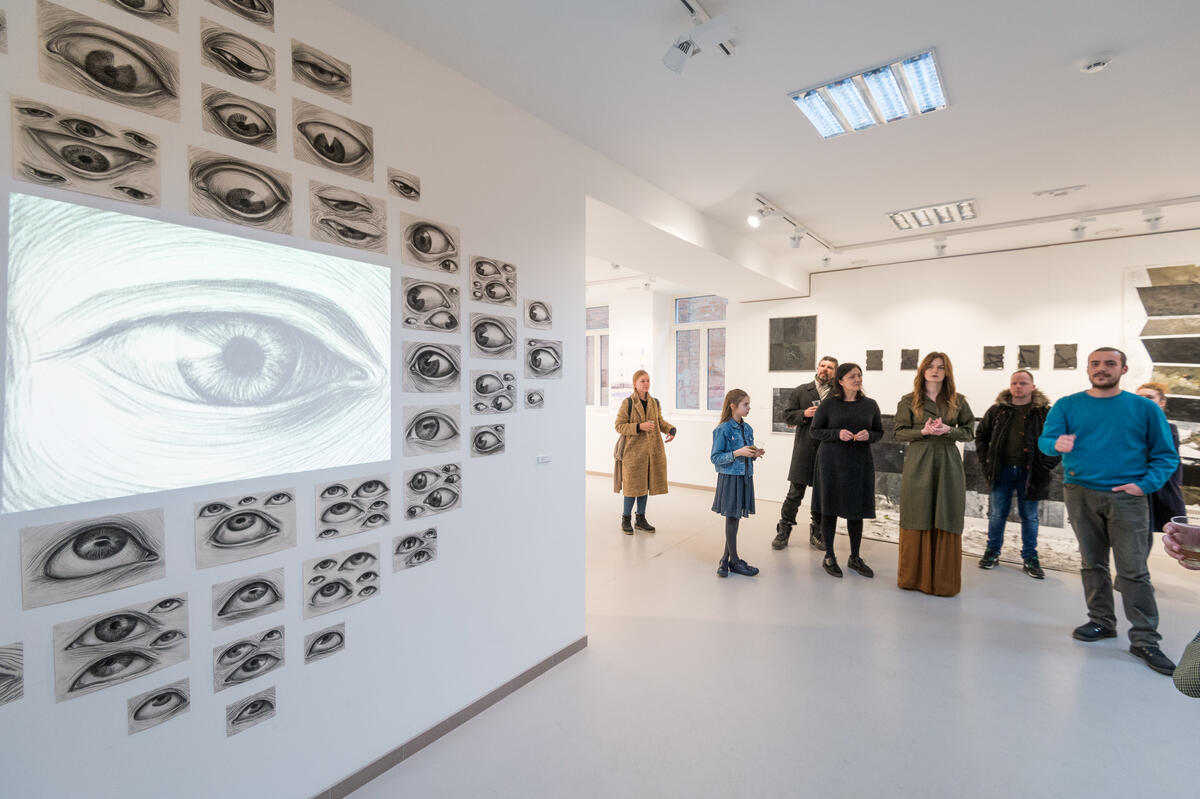 The curator Remigijus Venckus has selected the following artists for the upcoming MONO-DIA-LOGOS exhibition, hosted by the CreArt partner Artkomas, in Galerija Ars et Mundus:

Multimedia artist duo from Zagreb, Croatia, collaborating actively since 2018. They met in 2001 at the Academy Of Fine Arts in Zagreb, from which they both graduated with master degrees in painting in 2008. Both are members of HZSU (Croatian Freelance Artists’ Association) and the Croatian Association of Visual Artists (HDLU). Both artists currently live and work in Zagreb, Croatia.

Painter and musician based in Kaunas. As of 2017 a certified bachelor in painting with a couple of personal and several group exhibitions in a short period of time he’s considered a promising young artist. His paintings showcase a wide range of different subjects, although very rarely a human figure. Dark corridors, spaces stuffed with silence and rays of light, carrying a mystical narrative – these are some of the more representative characteristics of Daujotas’ paintings.

The organization will invite artists to the Opening (flight* accommodation), take care of the shipment of works, preparation of promotional materials, catalogue and virtual ttour, and artists will receive 300 € as participation fee.

Language is one of the most important tools of human communication. Without language, one cannot perceive one’s environment as well as one’s own essence or one’s place in the changing world. Though communication sciences prioritize vocalized and written language, they do not fully reject the possibility to regard non-verbal communication as a certain variation of language. Specialists of visuality have noted long ago that artistic expression is a peculiar, unique and individual language of its creator. Therefore we invite artists to present their critical perception of the language phenomenon using their own artistic expression.

Philosopher Edmund Husserl (1859 - 1938) stated that before uttering a sentence we construct and realize it by an inner monologue, releasing an articulate narrative into the acoustic environment only afterwards. Husserl believed that this inner act of vocalizing is the actual reality where the real human “me” resides. Poststructuralist Jacques Derrida (1930 – 2004) criticized Husserl, claiming that the inner voice is false. Multiple inner repetition of things instills a perception of the world that is not necessarily a correct one: it often lies to us about the reality. Finally, thoughts experience transformation while traversing the acoustic space, and in the process of a dialogue they acquire different, sometimes unforeseen meanings.

The terms “monologue” and “dialogue” are very complicated, because of the “logos” (Gr. λογος) element that means language, word, thought, reason and even the divine universe operating reason.

The ideas of Husserl and Derrida as well as the complicated meaning of the word “logos” show how important the communication process is, in its dialogical and monological forms. Therefore, the exhibition will attempt to reflect on the phenomenon of language, evaluating critically the communication forms of monologue and dialogue.