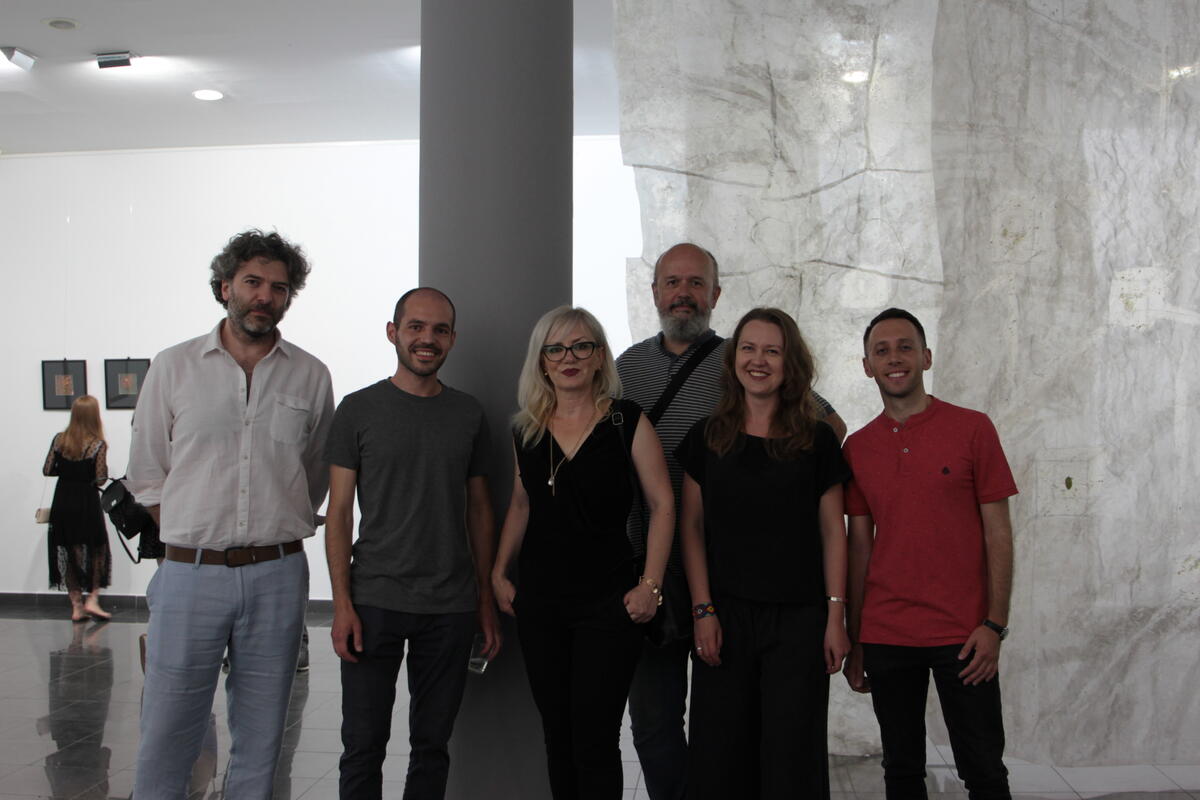 Skopje has selected the following artists for the next CreArt AiR in Skopje in Kic Qik:

The organization will cover travel, accommodation, studio, prduction costs and participation fee for the presentation of the exhibition.

At the residency, I would like to continue my artistic research practice and spend more time on it. Currently I'm working on the topic of memory (personal and historical memory) and its connection to canonical music. I'm interested in the resonance and vibration transmitted through the combination of repetitive sound. My inspiration is one of the minimalist composers in Lithuania Rytis Mazulis. The canonical and repetitive structure of his music compositions associates with memory and overlapping layers of memory in the brain. My idea is to construct objects that intertwine two layers of reality one of them is reflective surface as reality of this moment and a photographic image that acts as a metaphor for the past. Before I used one layer of photography but I would like to experiment more and combine photography with text, painting, drawing and other experimental techniques. Also, I'm interested in experimental video making using graphics and objects of different materials, and I want to create a layered intuitive video experiments that is combined with canonical music. The opportunity to work in the residency would allow me to take a fresh look at my creative practice, to refine and reveal the most important aspects. To know the local art context and get in contact with the artists let me better understand the international context.

Vladimir Ilievski (1989, Skopje) is a visual artist whose primary occupation is painting. He attended Lazar Lichenoski High School of the Arts, and specialized in the applied arts. In 2012, Vladimir graduated from Ss. Cyril and Methodios University with a Bachelor of Arts in Painting. His art, in terms of subject is primarily figurative with a focus on simple themes and objects, while also transmitting the inner psychological disposition of the artist together with the aspects of the external environment, whether permanent or ephemeral. The principal features of his work are the manner in which a subject is painted, including the choice of color, tone, and stroke, rather than the subject itself. Most of his works share similar characteristics, such as dynamism, energy, and rhythm of brushstrokes. Ilievski is credited with nine solo exhibitions, and has participated in many group exhibitions and art events. As more significant awards he has received is the award “Vangel Kodzoman” for the most successful exhibition of DLUM for the period 2011-1013.

Becoming One In the past few years I’ve been working on this project that formed itself as a series and a project. I didn’t have the wholeness of it at the beginning, but as I continued researching those areas, it somehow connected into one; which is also the title of the project Becoming One. So, it’s always the nature, the magical appearance of it, special mystical moments or occasions, combined with people, animals or other objects. Becoming one with everything that is. With the universe. It’s the perfect balance between staying true to our nature, and releasing the self-centered idea in order to achieve union. And completing the circle of nature, as Munch would say: “From my rotting body, flowers shall grow and I am in them, and that is eternity.” Furthermore in some paintings I try to emphasize the “vertical” aspiration, as the sunflower is reaching towards the sun, or the deer lengthens its neck to reach beyond the forest, and to get out of it’s usual shape. I am still interested in those magical moments in the visual art, so my idea is to continue develop this project through the Skopje residency as well. 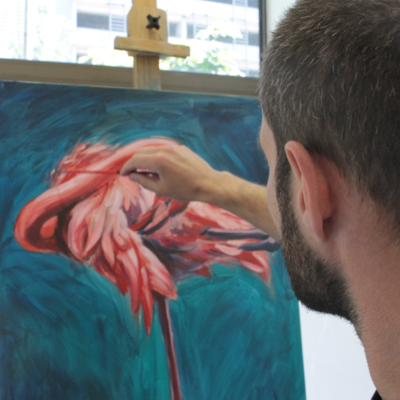 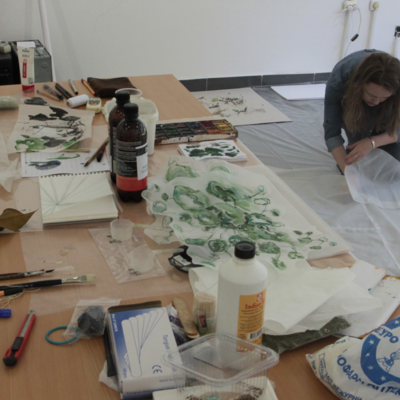 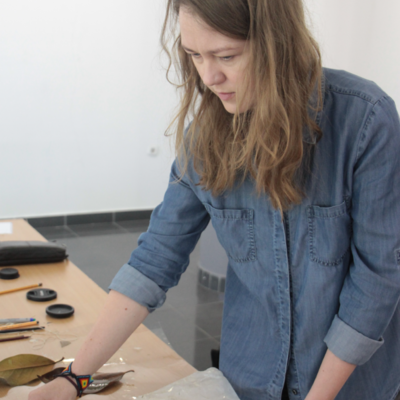 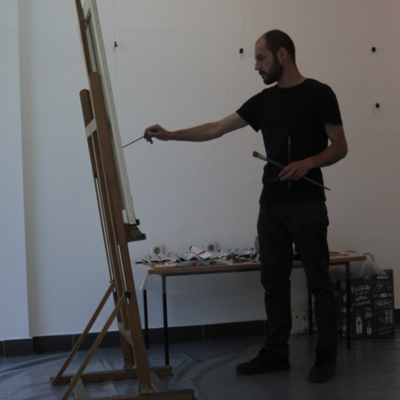 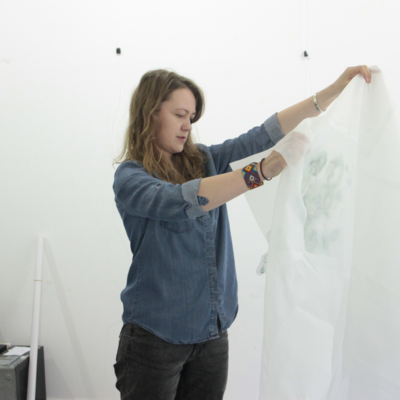 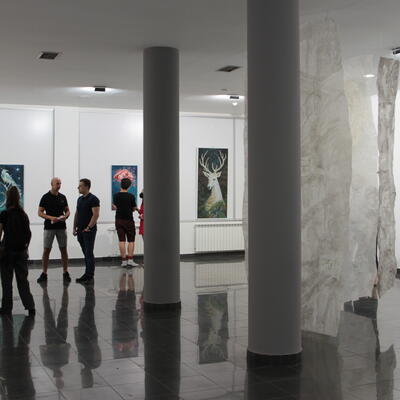 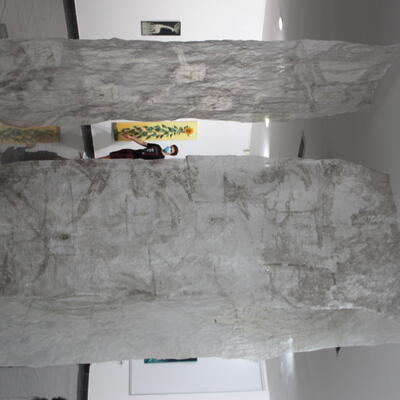 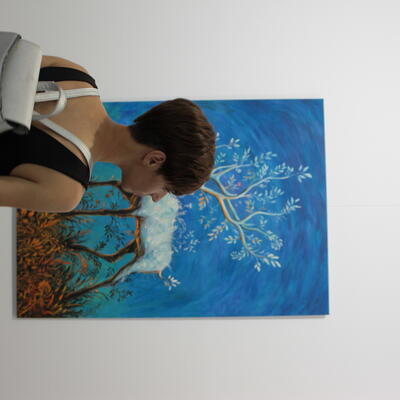 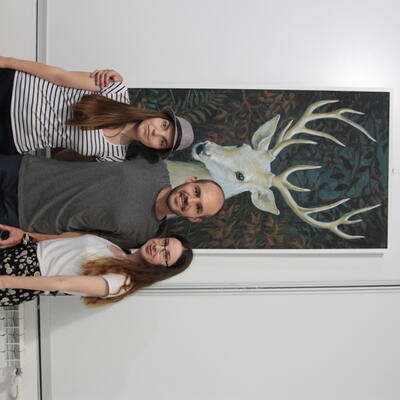 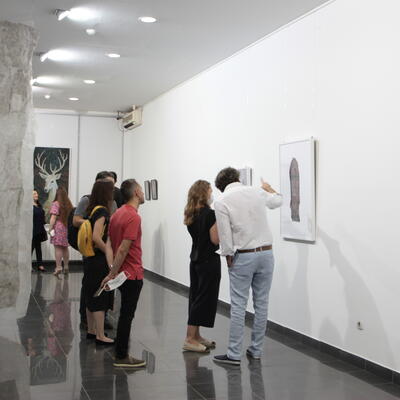 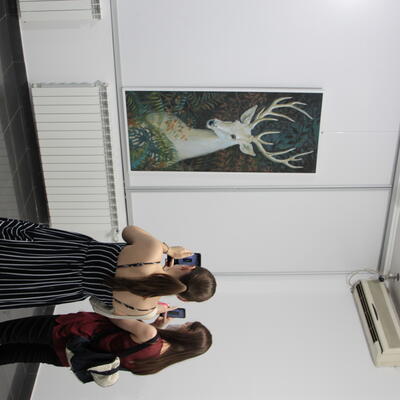 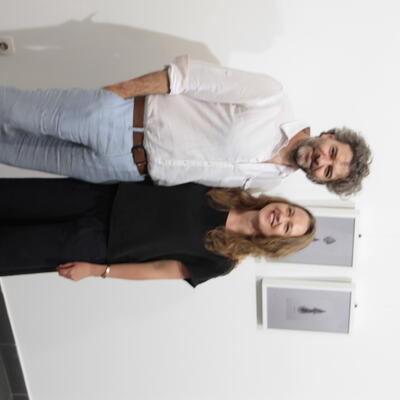 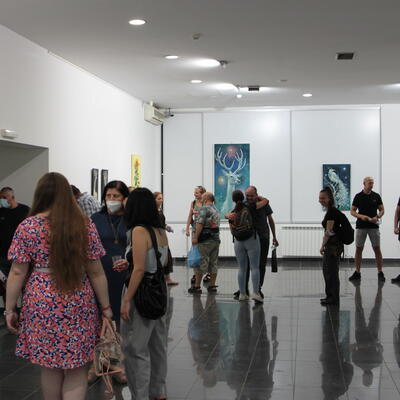