PROGRAMME OF ACTIVITIES 2018 AT KATOWICE 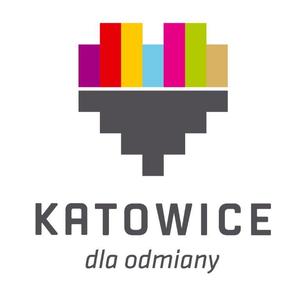 Program of activities in Katowice

Venue: Katowice City of Gardens – Institution of Culture 15:00 - 18.00 (Central Zone) – meetings with representatives of the world of art, as part of the project ”kulTUralnie”, originated and coordinated by students of the Katowice higher secondary school Liceum A. Mickiewicza z Katowic – conversations, presentations and lectures. 18:00 -20.00 (Engram Gallery) – opening of the exhibition of graphic works by Marcin Hajewski ”Myśl niezapowiedziana (”Unexpected Thought)” and meeting with the artist. „Myśl niezapowiedziana” is a series of over a dozen graphics in which the artist undertakes to record the phenomenon of the memory construct. The realm of thoughts – those present and repressed ones, temporarily postponed and persistently recurring ones, filling each free space of here and now. Their presence is an unnecessary choice. It is a physical matter, frequently uncontrolled, not fully formative for the creative process, but causing its positive drive and physical distortion. It is a record in which the artist used the techniques of offset printing and algraphy, which, being a common denominator with lithography, also has become the artist’s research subject. 20:00 (Room 211) - Katowice premiere of the film ”Śledztwo (Investigation)” directed by Ena Kielska and a meeting with the creators of the film. The film is a black and white criminal, noir in atmosphere but, at the same time, it is a grotesque and even, to an extent, a black comedy. It is made with the use of stop-motion technique and the method of pixelation. The music, dubbing and special effects created in post-production imbue the whole story with an eery atmosphere. The film was shot in the area of Silesian Voivodeship, among others, in Katowice, and was screened at film festivals around the world, where it was awarded: - Ca' Foscari Short Film Festival Venice Italy March 2017 - Best Soundtrack Levi Award - American Film Award New York USA July 2016 - Student Film Winner - We Like 'Em Short Film Festival Baker City Oregon USA August 2016 - Best Cinematography Award - Festiwal Filmów Frapujących (Captivating Films Festival) Gorzów Wielkopolski October 2016 - Award in the category of Form - X National Festival of Amateur and Independent Film Offeliada Gniezno November 2016 - “Poloniusz” Audience Award - 4 Emigration Film Festival Emigra Warszawa November 2016 - III Place and the Bronze Suitcase - Cineramafest New Media Film Festival Gdynia June 2017 Wyróżnienie - Kocham Dziwne Kino (I Love Weird Cinema) 6 Film Festival Pabianice August 2017 Honourable Mention