PROGRAMME OF ACTIVITIES 2018 AT ROUEN 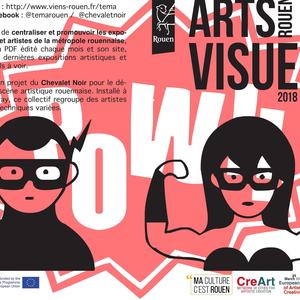 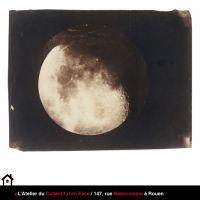 Born at the instigation of young rouennais artists in 2008, this association gave for purpose to promote and to develop the creative work of emergent artists in the field of the plastic arts and of the music.

For the European day of the artistic creativity which will take place in Rouen on Wednesday, March 21st, 2018, the Collectif d'en Face opens the doors of its gallery to welcome in residence the visual artist Thomas CARTRON from March 12th till April 12th, 2018. Committed by the DAAC (Academic Delegation in the Cultural Action) of the Academy of Rouen, to give workshops aimed bound for professors of the Academy of Normandy, the artist proposes an internship on the "experimental photography", this one will allow the participants to confront with their relationship whith the image, through an approach of the plastic photography. Several practical workshops are proposed to tame manufacturing process of an image, argentic or digital. During March 21st, Thomas CARTRON will present his artistic approach through a selection of works, as well as artist's selection approaching the photography in a experimental way. In continuation, the artist will suggest the participants to make discoveries of the technique of the cyanotype (digital shots in studio / printings of the images). To close this day, at 7:00 pm, the Collectif d'en Face invites you in an acoustic performance of a music group prédisposable. IMPOSSIBE, created according to the statements of several people in 1312 in the province of Low Conchour. His current training consists of three musicians in the variable talents which after 18 years of studies succeeded in transposing the hundred-year-old compositions of Impossibe into a brilliant electronic rock. Finally, on Friday, April 13th, 2018 at 6 pm will be the opportunity to varnish the exhibition THOMAS CARTRON'S " INTERLUDE " with a real concert of IMPOSSIBE. Exhibition from 13 till 20 April 2018. "A interlude. A break. An uninhibited time of research, under musical influence, leaving a big place with the experiment and the improvisation". Opened at the time of presence of the artists or by appointment by e-mail collectifdenface@gmail.com or on https://www.facebook.com/collectifdenface/ 147 street Beauvoisine 76000 Rouen FRANCE http://collectifdenface.blogspot.fr/